Mindful World Presents A FREE Video with the Bestselling Author of 'The Power of Now,' Eckhart Tolle, On How You Can...

Learn How to Escape Planet Fear and Transcend All Dysfunctional Thinking Which Manifests as Worry, Stress, and Anxiety

In This FREE Inteview Training One of the World's Most Spiritually Influential People, Eckhart Tolle, Shares the Secrets to Ending Compulsive Negative Thinking Once and For All, and How You Can Experience True and Lasting Peace of Mind. 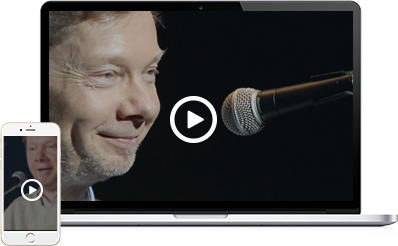 In This Free Interview Training, You Will Discover:

Eckhart Tolle is a spiritual teacher and author who was born in Germany and educated at the Universities of London and Cambridge. At the age of 29, a profound inner transformation radically changed the course of his life.

New York Times has dubbed Eckhart Tolle as “the most popular spiritual author in the United States”, and the Watkins Review also listed him as “the most spiritually influential person in the world”.

Eckhart Tolle’s #1 New York Times bestseller The Power of Now (translated into 33 languages) and the highly acclaimed follow-up A New Earth, are widely regarded as two of the most influential spiritual books of our time, selling collectively over 10 million copies.

Here’s What Other Student’s Have to Say About Your Teacher, Eckhart Tolle, and His Work:

Now, as Part of the Celebration of the new Feature Length Film Based on the Eckhart Tolle Book, 'Milton's Secret...' This Interview Training on How You Can 'Esape Planet Fear' is being Made FREE For All